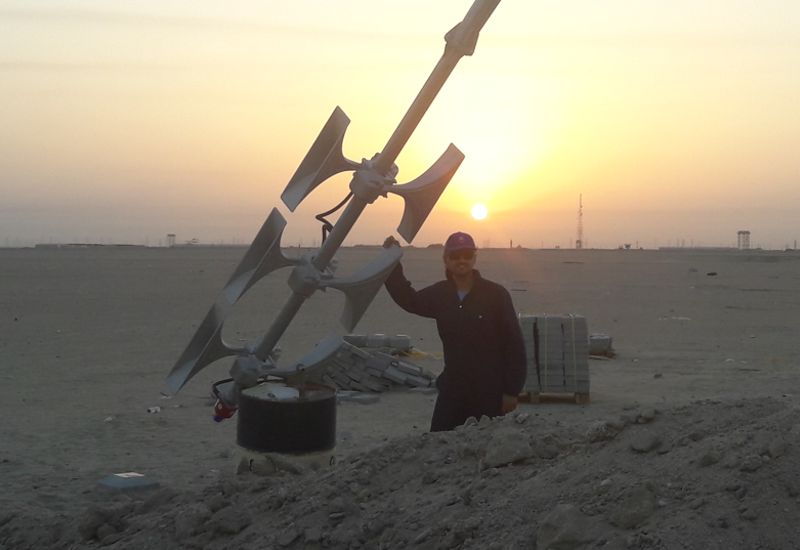 The Kuwait Oil Company (KOC) is an oil company headquartered in Ahmadi, Kuwait. It is a subsidiary of the Kuwait Petroleum Corporation, a government-owned holding company. Kuwait was the world’s 10th largest petroleum and other liquids producer in 2013, and the 5th largest exporter regarding volume of crude oil and condensates.

Oil production and processes associated with it are somewhat dangerous because of specific products and technology whose handling requires careful observation of all safety precautions. The main dangers of petroleum products are their toxicity and fire hazard. They contain a compound of easily ignited cyclic hydrocarbons, and the presence of sulphur increases the toxicity of oil and its constituent components. The most toxic of the petroleum products have a boiling point between 150 and 275 °C. Also, individual oil fractions contain carcinogens.

It is noteworthy that 65 percent of fires occur in the spring-summer period. The main ignition sources are open flames and sparks during repair works, discharges of atmospheric electricity, as well as other technological processes. An explosion can occur when flammable gases or vapours in the air come in contact with an ignition source. Despite the implementation of a wide range of measures to guarantee safety of oil extraction wells, fires and explosions still happen there. This fact indicates that the problem of protecting such types of facilities requires further improvement. The risk-level-reducing solution is the implementation of modern security systems, and early warning systems are always an integral part of them.

The Kuwait Oil Company planned the construction of an early warning system for thirty gas wells as a risk-level-reducing measure and staff protection in case of emergencies. The first phase of the project included the delivery of Pavian 900 sirens, a central communications unit (CCU), and the Vektra® software for the main control centre. The primary communications channel between the control centre and the system is optic fibre at the moment, and an analogous radio will be implemented and used in the future as a secondary/redundant channel. The Vektra® software is backed-up by the LCU15 local control unit, connected to the CCU central communications unit. Each siren unit and central communications unit have double power-supply back-up: batteries and solar panels. What is more, if desired, Telegrafia’s system is ready to be integrated with an automated sensor system on each gas well.

At the end of July 2017, two of our technicians travelled to Kuwait and took part in the installation and commissioning of the KOC system. The installation process was rather unusual and complicated, mainly due to high temperatures. Any work was permitted just between 2:00 and 11:00 a.m. since the outdoor temperatures often exceeded 55 °C after that time. Although the weather conditions were extreme, the equipment was installed and tested successfully, and the system test proved excellent audibility and intelligibility.

If you seek a reliable and efficient warning solution suitable for the oil & gas sector, do not hesitate to contact our company.