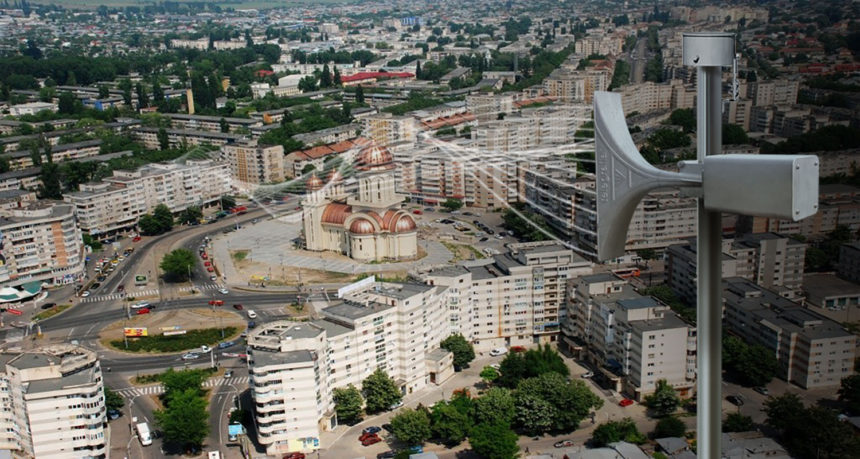 Romania, a country in the south-east of Europe, is highly exposed to the vagaries of natural disasters; mostly to floods and earthquakes. Braila is the 11th largest city in Romania, located north-east of Bucharest, the capital of the country, and it is known for its port on the Danube River.

The following lines are dedicated to the most frequent natural hazards in Romania, their impacts on the Braila Region, and to the warning system installed to minimise them.

Earthquakes with a magnitude of more than 5 Mw hit Romania at least once per decade. Following the earthquake of 1977 that occurred along the south-eastern Carpathian Mountains, the country decided to take all necessary measures to reduce seismic risks. However, Braila was not the epicentre of the earthquake; it lay approximately 100 km away from it. In another earthquake that occurred in 2014, several people were injured and needed medical care right in Braila.

Devastating floods that inundate the area almost every year are another problem. Only between 1992 and 2001, they caused more than 100 casualties. There is an area called Balţi between Calarasi and Braila, a floodplain lake sector, where the Danube River branches out into many arms, including lakes and backwaters.

Landslides are another potential hazard, so typical of Romania, with the eastern part of the Carpathian Arc appearing to be the most vulnerable landslide risk region.

An impulse that prompted the development and construction of an early warning system in Braila came from the Romanian General Inspectorate for Emergency Situations, which was a step towards protecting the population and property assets. Telegrafia Romania installed six Pavian 1200 sirens in Braila and four Pavian 1200 sirens in the neighbouring city of Ciscan. All the sirens can be activated and deactivated from a control centre equipped with LCU15, a local control unit, installed on the wall, and they start sending a warning signal at the same time. Live voice announcements and full auto-diagnostic functions of the system are provided via radio.

Regular testing of sirens is crucial for warning systems so that they are perfectly ready when a natural disaster, industrial accident with a release of dangerous substances, burst of a dam with objects falling, or a terrorist attack happens.

In April 2017, the testing of the sirens took place and all the sirens distributed signals of five sounds lasting 16 seconds, proving that the whole system is very efficient, audible, and intelligible – fully operational – in case of any emergency.

If you need a reliable and efficient warning solution in case of an emergency, please do not hesitate to contact our company.