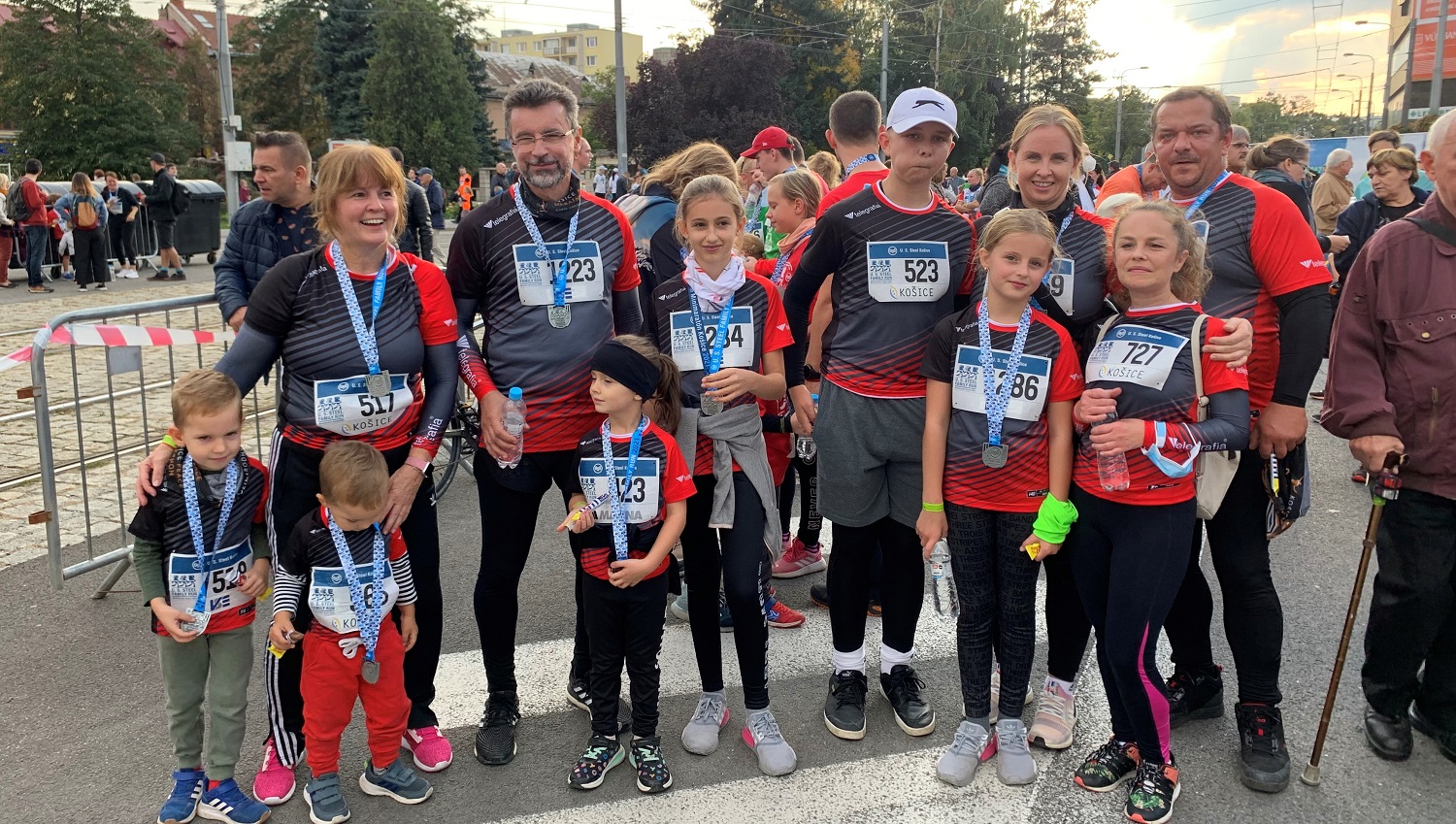 And again, a year has passed. Uhm … two. Last year’s Peace Marathon had a strange pandemic flavour, and only a few elite athletes, mostly from Slovakia, could take part in it. The situation was not as problematic as the last season this year, and nearly 7,000 runners lined up at the start of the 98th  International Peace Marathon.

The first Sunday in October is inseparably associated with the oldest marathon in Europe. And that is true for us here at Telegrafia too. That was why we were all looking forward to this year’s marathon run in October 2021.

Sixteen runners from the Telegrafia company represented the company in the marathon, half-marathon, relay, and mini-marathon categories. All of them performed admirably in the best of moods. The overall mood was overly optimistic, and those who did not run cheered their colleagues.

This year the organisers decided to spread the usual packed Sunday programme of events over two days, so the popular mini-marathon, the U. S. Steel Family Run, took place on the previous day, on Saturday afternoon, 2nd October. The change was also reflected in the shape of running tracks, which led the runners to the City Park in addition to the Main Street. Most of the colleagues ran with their little ones, and for the others, there was the following day, Sunday, 3rd October. The main running disciplines (marathon, half marathon and relay) were held on the same tracks on Sunday. So more colleagues joined our mini-marathoners. And what feelings did the running race leave on our runners?

Miloš (the entire 42-kilometer-long marathon): “After a one-year break, I was on track again, but we had been separated from the others, and I did not see the half-marathoners at all. I missed the crowd of rolling runners. I was running well until the turnaround, but then my legs stiffened up, so the run slowly turned into a fast walk. On the plus side, the atmosphere was great. The people were great, and the organisers did their best too.”

Patrik (the relay): “This year’s marathon surprised me positively. I was a bit worried that there would not be so many fans because of the current situation and that it would be unfortunate. Luckily, people came and created a wonderful atmosphere. It was as great as it has always been.”

Peter (the relay): “Thank you for the opportunity to represent Telegrafia. This year showed how important preparation is, especially my last four kilometres. Well, of course, next year will be better.”

The Košice Marathon is not only a never-ending running track but also an unforgettable experience, joy, good mood, enthusiasm and, of course, a great feeling from the kilometres run.