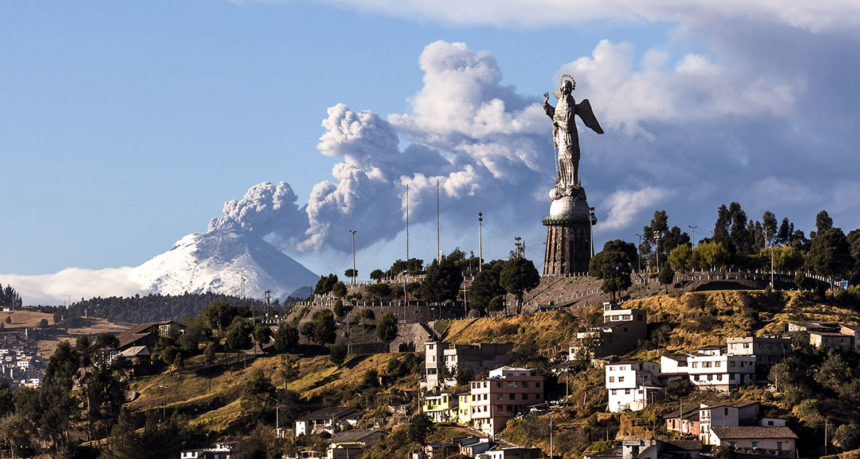 What happens when a volcano erupts? What are the consequences? How do we know we are in danger? Almost every inhabitant living in the volcanic Cotopaxi area asks these questions anxiously.

The South-American country of Ecuador is home to more than 3,000 volcanoes (incl. The Galapagos) that belong to the Northern Volcanic Zone of the Andes. Twenty-seven of them are potentially active, while Tungurahua, Pichincha, Reventador, Sangay and Cotopaxi are among the most dangerous at the moment. The Cotopaxi Volcano is considered to be one of the most dangerous volcanos both in Ecuador and in the world.

The history of its seismic activity is turbulent. The first recorded eruption of Cotopaxi dates as back as to 1534. The last time the volcano exploded was in 1877, and then it entered its 124-year-long dormant period. In 2001, there was a change in the behaviour of the volcano, and some signs of activity were noted again. In 2015, another activity was detected; however, with a big difference in a much higher intensity. The last eruption lasted from August 2015 to January 2016.

Why is Cotopaxi dangerous?

It has been historically observed that the volcano erupts every 100 years or so. However, it is impossible to predict an exact date. In late 2015, the levels of most frequently monitored parameters (such as SO2, volcanic tremors, and deformations) reached their critical values of the pre-eruption stage. Cotopaxi is particularly dangerous because of the following reasons:

Proximity
The volcano is located in proximity to heavily-inhabited areas. It is only 50 km from the capital of Quito, and it presents a serious threat to more than 300,000 people.

Mudflows
Cotopaxi with 5,897 m of height is the second highest mountain in Ecuador. It has one of the few equatorial glaciers in the world that starts at the height of 5,000 metres. The high temperature of magma causes the ice-melting in a matter of seconds, producing lahars. Lahars are mudflows formed by rocks, volcanic debris and water.
They travel downhill, destroying even huge objects (like bridges or vehicles) and reaching the average speed of 70km/hour.

History
It has been 140 years since the last Cotopaxi explosion. In 1877, mudflows travelled over 100 km from the volcano. In 2015 all the measured parameters showed the pre-eruption condition again.

All the reasons mentioned above only emphasised an urgent need for early warning of the population of an imminent volcanic catastrophe. Therefore, it was necessary to install a suitable and reliable early warning system in Quito quickly, controllable directly from the 911 emergency centre.

In the following article (Part 2/2: Early Warning System as the Only Solution), the installed system will be introduced and its specific features described in detail.