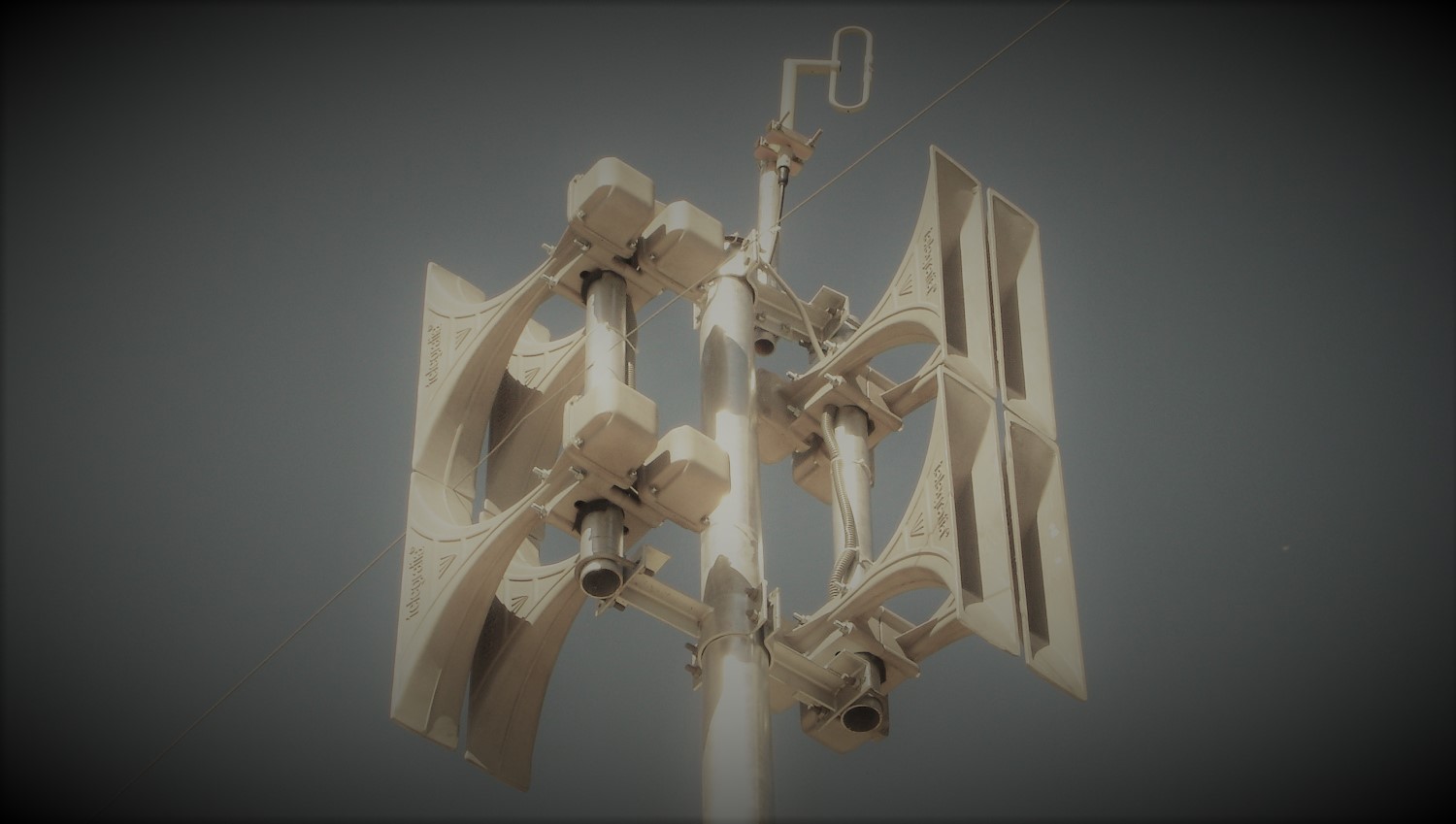 Fires, floods, storms, tornadoes, and landslides – these are only a few examples of natural catastrophes man needs to be prepared for. In the ancient times, people felt unprotected, vulnerable, and could not predict such dangers. However, it has always been important to warn people as soon as possible, respond to emergency calls, find ways to warn others, reduce material losses, and increase the chances of escape to those who are unaware of impending disasters.

With the development of civilization and growth of science and technology, people have invented a lot of protection and warning methods and used them in emergency situations. On the other hand, the number and diversity of potential dangers, especially those man-made such as chemical or nuclear explosions, pollution incidents, radiation leaks or dam bursts, have also grown rapidly.

At the dawn of civilization people used big bonfires as warning signals. Such bonfires were usually kindled on hills for the prevention of natural disasters or enemy attacks. The first primitive audible alarms were wind instruments and drums, which are still used by some native tribes in Africa, Australia, and South America.

The bell as a means of warning the population

In the Middle Ages, people started to use bells to alert – church bells or special fire bells. Lots of scientists believe that the main function of the bell was not to play music, but to give warning in fact. The bell served as a means of warning the population of impending disasters, public disturbances, or approaching enemies for many years. Over time, cities and towns had grown, developed, and one bell to notify the neighbourhood was no longer sufficient. There was a need for new technical solutions in the field of early warning and emergency notification.

At the end of the 18th century, the first brave attempts were made to create a mechanical warning device and automate it. A typical example was the fire bell in those days – a heavy load hanging on a rope. When a fire burned the rope, the load fell down and hit an alarming bell. Furthermore, there were other attempts to devise equipment that could respond to temperature change, tension or strain, amount of liquid, etc.

In the 20th century, the early warning systems developed rapidly because of WW I and WW II. They became massive and more centralized, covering a significant number of towns and cities and providing an opportunity to inform as many inhabitants as possible.

The most modern type of early warning systems – electronic sirens

Electro-mechanical (motor driven) sirens appeared and devices became more powerful. Sirens of this type employed rotors and stators and were activated by the electric current to sound alarms. However, the march of technological progress does not come to a standstill. The speed and volume of data transmission are increasing. More and more modern systems are being developed with a view to bringing their users improved safety features. The speed of communications channels between these systems is also growing. Issues like integration possibilities, process automation, systems interaction, data reliability, and data transfer security have become very important.

As a result, the most modern type of early warning systems – electronic sirens – has come to the market. Electronic sirens produce their sound in a way that is fundamentally different from electromechanical sirens. Instead of rotors and stators, electronic sirens consist of electronic tone generators, high-power amplifiers, and horn loudspeakers typically incorporating one or a multiple of compression drivers. This type of sirens has a number of advantages in comparison to the motor-driven ones: they are much louder and scalable, backed-up by external batteries, able to transmit voice messages, to communicate using both wired and wireless communications channels, to display their full operational status remotely, and many other benefits.

The history of the development and production of Telegrafia´s early warning systems goes back to the early 1990s. The company has been working with electronic sirens since its very beginnings. Our solutions are used in the implementation of the most complex projects in the world and they have stood the test of time in a variety of extreme climatic conditions. Therefore, when choosing our technology, you can be sure you are making the best decision that will meet all your requirements and suit any complex project.