Mass Warning via SMS – Is It a Good Idea or Not? 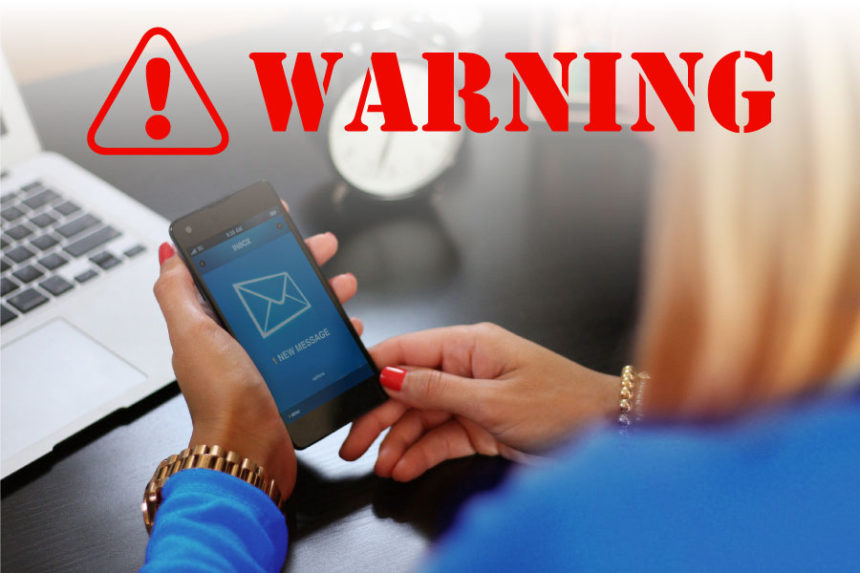 Mass Warning via SMS – Is It a Good Idea or Not?

In today’s world, people can hardly imagine their lives without smartphones and mobile applications. Apart from traditional telephoning, these help us navigate our journeys, take photos, or provide our everyday immediate access to e-mail and the Internet. Recently, a new idea has appeared to supplement such clever devices with another functionality, namely the mass warning, to issue warning against imminent dangers via SMS (i.e. by texting short messages to people in emergency situations) or mobile applications. But is it really a wise idea?

The idea of public mass warning using the SMS seems to be simple and brilliant. Almost any person in the highly developed world owns a mobile phone, so why to invest money in an independent warning system with modern electronic sirens? It should be sufficient to use the commercial mobile operators’ networks and supplement the mobile phone with a new system that would text and send warning messages to the general public (well, only to those who own mobile phones, in fact) in a case of impending danger, describing its character. Quick, simple, and seemingly inexpensive. However, it is necessary to draw attention to some unaware fundamental shortcomings on the part of such solution.

The application of mass warning systems based on the SMS or, in general, on mobile networks and smartphones, involves many serious risks, both on the side of mobile networks and on the side of end-user devices. The main problem is that mobile operators’ networks are designed and built for ordinary, everyday use in standard conditions. In other words, for situations when everything works well. When designing and building such networks, it was never taken into account that they should be resilient enough and fully functional in extraordinary situations and prepared for large-scale emergencies, such as dangerous tsunami waves, volcanic eruptions, serious industrial accidents, and severe floods. And, we do not mean only their projected life, but also their reliable operability. Even today, for example, it is quite common that mobile networks in big town centres get overloaded and prevent their normal operation. Is it not incredible just to imagine that this network should suddenly be capable of sending thousands of warning messages to so many mobile phones in a couple of seconds?

At least, to approach the mobile network parameters to the standards currently effective for real mass warning systems (i.e. make such systems fully operative for a minimum of 72 hours after a power failure, equip them with two independent communication channels for activation, etc.), a new and relatively costly infrastructure must be built. Consequently, we have to face another problem: because end-user devices to receive warning messages are mobile phones, the system wholly depends on the ground radio infrastructure. It is a standard for modern electronic sirens to be activated by at least two independent communications channels, e.g. via a dedicated radio network and satellite channel. There is no such possibility in mobile phones. Moreover, have you ever heard that one of the first measures taken after a terrorist attack is the immediate deactivation of the public mobile network? This is to prevent remote activation of laid bombs or make the escape of survived terrorists harder; however, all mobile phone owners are left abandoned at the same time.

Last but not least, there are other problems arising from the very nature of the system. As the system has certain limitations, warning messages in some countries can be sent to specific recipients only based on their invoice particulars, not on their actual locations at the time of emergency. This means that the system fails to send a warning message to a tourist staying at an endangered area, albeit not normally residing there. On the other hand, a company sales representative, currently negotiating a business deal thousands of kilometres away from an endangered area, gets frightened by a warning message despite their not being endangered at all.

While some of the limitations of the mobile network can be partially removed by expensive and massive investments in the existing infrastructure, the greatest problem appears on the side of the recipient and their discretion about how to behave. The operation of modern electronic sirens is supervised by the relevant national authorities and message recipients, mostly civilians, have no control over the broadcasting of warning messages. So what happens to people who have dead batteries in their mobile phones? And what about ladies whose mobile phones rest too deep in their bags to be heard? What is more, what about people who go to the toilet and do not take their phones with them? Or what happens to managers in a meeting whose phones are set in the “Do not disturb” mode? Or people who will prefer to finish reading e-mails from their bosses instead of reaching for their beeping phones? Or people (including the author of this article) who switch off their phones every evening for the whole night, and this is not only because of electromagnetic smog?

Have you ever woken up at 3:00 a.m. only to immediately read a text message in your smartphone? At least, unless you belong to a group of people who turn off their smartphones before going to bed.

If an electronic siren starts screaming at 3 o’clock in the morning, being accompanied with a voice message about the nature of the danger and some more important information, you will certainly wake up and be on full alert immediately. In contrast, when did you last wake up at 3:00 a.m. only to read a text message on your smartphone? The meaning of warning siren sound is obvious to everybody. However, if a device normally and primarily intended for daily communication and entertainment is used for warning purposes, from the psychological point of view, this is a major and unjustifiable risk. And, in conclusion, are only people who decided to own smartphones worth warning against danger?

Mass warning systems based on mobile networks and smartphone technologies have been in operation in many countries, and so far the experience has shown unimpressive results. For example, during the terrorist attack in Nice, France, the people in danger received a warning message from the SAIP (Système d’alerte et d’information des populations) system as late as unbelievable 90 minutes following the attack, making the message practically useless. Many others did not receive the message during the whole emergency period. Moreover, regarding the scale, it was only a minor and isolated attack that did not disable the communications infrastructure, power supply, or other technology necessary for any similar system to remain operational at all.

Should we use mass public warning via SMS at all?

Mass warning of the general public against emergencies by using the SMS system may first sound like a breakthrough and trendy solution, well worth the 21st century. Albeit, only until the moment when all its benefits and shortcomings are realistically and professionally assessed. It may be advisable for rich countries to use the SMS system as a supplement to real mass warning devices complying with all relevant standards. If used as the only mass warning system in case of emergency, this solution can be without any exaggeration regarded as a risky behaviour, something of a gamble with human life. We can only hope that no large-scale catastrophe is needed to make all persons responsible aware of the consequences.