Do You Know … Why the Pavian Electronic Siren Is Called Pavian? 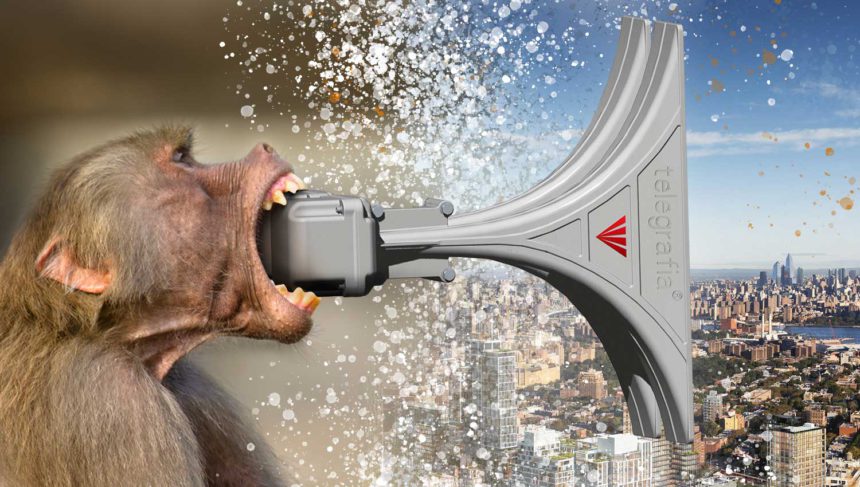 Do You Know … Why the Pavian Electronic Siren Is Called Pavian?

Pavian, Amadeo, Bono, and all these original names – do you know where they come from and what they mean? You will learn how the names of individual electronic devices appeared created in a series of “Do you know?” articles.

The Telegrafia Company developed its first powerful electronic siren in 1997. As usual, in the process of the siren development, it got a number of different nicknames. The company did not want to sell the siren without a proper name, so we started to think about how to call it. Various abbreviations and three-letter labels do not represent its powerfulness enough. “Two heads are better than one,” said the company management, and decided to engage every member of the company staff in a comprehensive dialogue to resolve the problem and find the best name for the new electronic siren. As a result, Pavian was suggested and approved of.

Pavian, meaning a baboon in English, is an Old World monkey mostly found in Africa that is up to 120 cm high, weighs up to 40 kg, and it is known to live up to 45 years. Also, it screams loudly to warn the other members of its troop against the impending danger of predators. Is the similarity to the siren just a coincidence? By no means! The Pavian electronic siren is intended for the mass warning of the population in an endangered area against earthquakes, tsunamis, floods, fires, chemical incidents, or other threats. As well as baboons live in troops, the Pavian electronic sirens are usually installed in groups in complex warning systems where their elements cooperate with each other to provide safety in the area.

Jan has been working for Telegrafia for over eight years. He started as a sales representative for warning systems in the Slovak and Czech Republics. He also participated in managing small projects at that time. He has been through a number of communications, sales, and management training courses ever since, thanks to which he is now working as the international business team leader. Selling is his hobby not just work, so, apart from managing his team, he sells warning systems in the Czech Republic and Arabic-speaking countries. He is keen on sport and hiking, and his greatest passion is cycling.