Timeline of the Telegrafia company 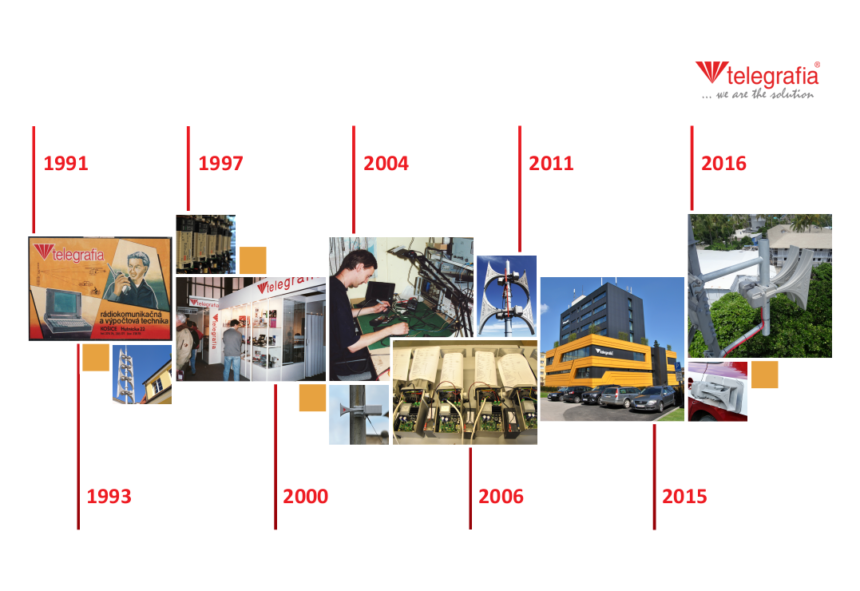 Timeline of the Telegrafia company

The Telegrafia company was established in the former Czechoslovak Republic in 1919. Originally, it focused on the development and production of telephones and communications infrastructural devices. Later, by the beginning of the 2nd WW, the production had extended and included also X-ray equipment, home radios, and other electrical appliances.

After the 2nd WW, during the Communist era, the company was nationalised and renamed, and was mainly developing military products, including the world-famous passive radio locators Tamara. Despite this, the company managed to allocate a small part of its resources for civil engineering projects, for example, one of the first TV broadcasting projects in the region. Following the collapse of the Communist regime, the company was split into several independent entities.

On these grounds the new Telegrafia company was founded in 1991. Two of its main activities were then the development and installation of radio communications technology. Moreover, Telegrafia was one of the first companies that introduced personal computers to the free market at the time. The development of radio communications technological devices was soon supplemented with acoustic early warning devices and the company’s own outdoor electronic sirens. Today, the Telegrafia company is a global technological leader in the field of early warning and emergency notification systems (EWANS®). 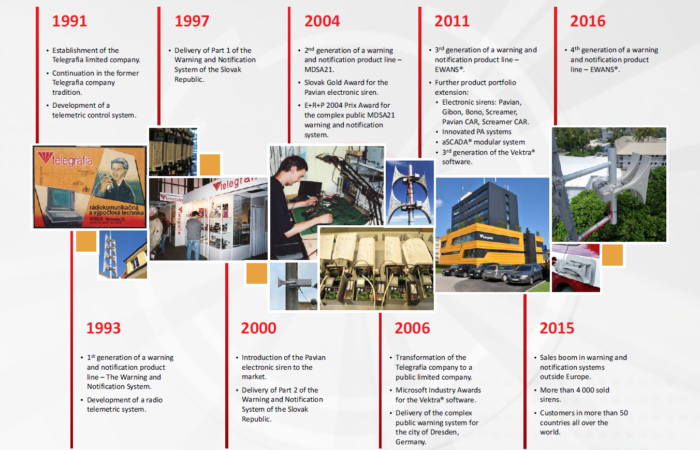 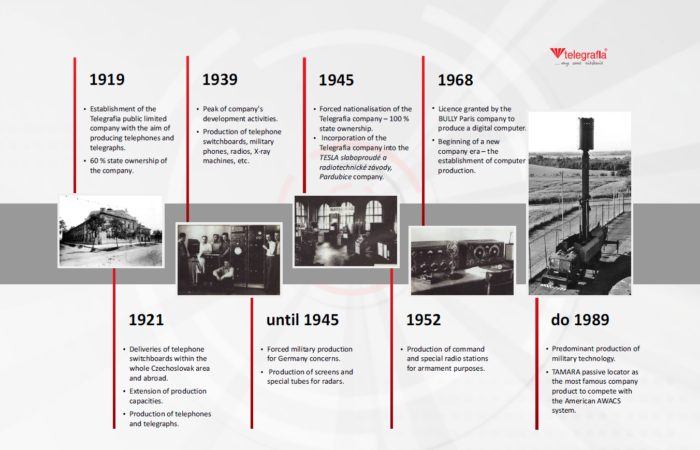