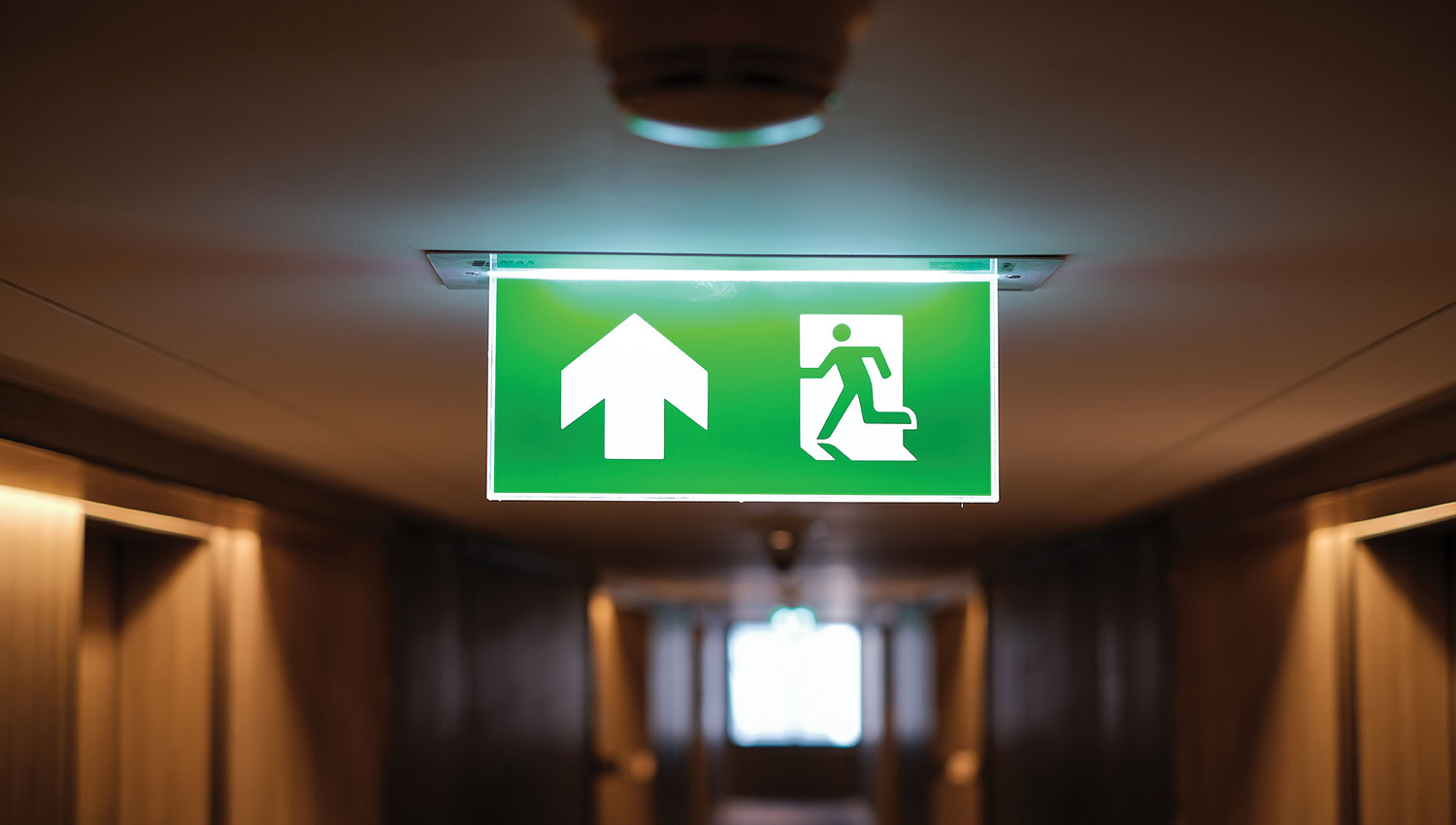 Evacuation means leaving an area, moving away from a place, mostly to somewhere safe. For various reasons, this can be a workplace or building evacuation or a large-scale evacuation of a city or another inhabited area. Evacuations save people from fires, natural disasters (such as earthquakes, hurricanes, or floods), leaks of harmful chemicals, or threats of possible explosions.

The most complicated operations concern the evacuation of inhabited areas with a civilian population. Sometimes, the process of evacuation takes a few minutes. Still, at other times, during storms or spreading fires, residents have time to prepare. A good example is an evacuation before Hurricane Irma in September 2017, when 6.8 million people were evacuated in the American state of Florida alone. As evacuation is about saving lives, it is useful to learn how to behave in such a situation and what to beware of.

Some steps that take place before an order to evacuate and affect the population to a lesser extent are as follows:

The evacuation for the general population begins with an alert or warning sign. The role of warning systems is therefore crucial.

As soon as it is necessary to evacuate, warning mechanisms, usually sirens, are activated. Sirens and other emergency notification systems (notifications sent via phones, text messages, public address systems etc.) must reliably send out a clear and unmistakable signal of a threat and the ongoing evacuation for everyone in the area. Therefore, when a warning tone is heard, it means life-threatening severe danger, and people need to act quickly.

Nowadays, electronic sirens provide a wide range of audible warning signals and can also reproduce voice tones. Hence, a siren can theoretically deliver a verbal warning or instruction. If stationary sirens have been installed in the area, they can always be relied on; they are backed up for power supply in the event of a power outage.

Electronic warning devices can be both stationary and mobile, mounted on a vehicle. Many emergency responders use them, for example, to warn the inhabitants living in remote locations against a spreading forest fire. Familiarising yourself in advance with the potential risks and public warning systems available in your area may be helpful to prevent chaos and panic in case of a real emergency.

How to prepare for evacuation

From an individual’s perspective, it is advisable, although not always possible, to monitor local warnings (such as flood alerts) that forecast the future situation. Then, it is possible to plan and prevent chaos during the evacuation. The evacuation plan depends on the location and type of threat. Still, the essential tool is the 5Ps system (consisting of people, prescriptions, papers, personal needs, and finally priceless items) – the things to save in a survival situation that will allow you to restart your life if everything else is lost:

When evacuating, it is recommended to unplug electrical equipment, switch off the main circuit breaker, cut off gas and water supplies, and close and lock all entrance doors. If time permits, you should take photos of your residence before the evacuation; they will serve as evidence for your insurance company.

What to do during the evacuation

Overall, it is necessary to stay calm and patient, follow the instructions of the rescue services and respond to sirens or other warnings. The good idea is to give your loved ones, and ideally also the emergency responders, your whereabouts. If you go by car, follow the main roads, and avoid shortcuts. Also, watch out for bridges and footbridges, which may be unstable, and possibly, look out for dropped electrical wires. The sooner you leave the area, the safer you and your family will be.

Upon your return, it is advisable to check for short circuits and potable water contamination in your area and communicate with the emergency and rescue units. In general, follow the “When in doubt, throw it out” motto, i.e. if you are unsure that things are safe, you had better get rid of them.