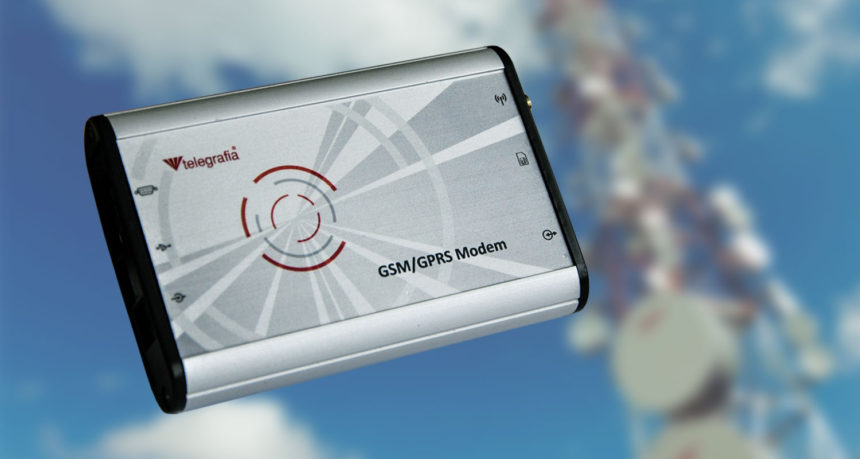 An essential question in an early warning system project is the right selection of means of communications between system elements. The appropriate choice of communications affects the system quality, operating speed, interference resistance, functionalities, and the project cost in general. Today I would like to start a series of articles about various communications channels, and the first of them we will be about a wireless channel – GSM/GPRS.

GSM networks have been developed and spread all over the world; mobile phones/smartphones of all different types, which we use every day, support precisely this kind of communication. The first advantage of the GSM/GPRS channel is that there is no need to build a separate network for communication within the system as such networks are everywhere. The second advantage is the cost-effectiveness of such solution: the GSM equipment is rather cheap. The third advantage of the GPRS communications system is the fact that it is a two-way data transmission channel, supporting nearly all functions of modern early warning systems.

Now let us have a look at some disadvantages. The GSM channel is the least reliable one, because the GSM network is a very complicated system, containing lots of different interdependent elements. In case of an emergency, when, in fact, a warning system must be used, the GSM network is the most vulnerable and usually gets damaged first. Another disadvantage is the speed of data transmission. If the system contains many elements, its activation will not be fast. Live-voice announcements, which are crucial in many emergency situations, will not work via the GPRS connection for many devices. Direct voice transmission will work well for point-to-point voice calls within the GSM communications network, thus for one device at one time. Furthermore, access to the GSM network is not free; using it will cause additional operational expenses for the end user.

When the GSM/GPRS Channel Can Be Used

The GSM channel is suitable for small systems, with one or few sirens. This solution is useful when you need the cheapest remote control for your devices, which can be an ordinary mobile phone. The GPRS channel better suits larger systems where the remote control is necessary and wired channels are not available, while a cost-effective solution is still required. Also, using such means of communication is advisable together with more reliable wired or wireless channels. Additional local control via push-buttons or local control units can serve as redundancy for the GSM/GPRS communications channels.

We hope that you will find this article useful and will be happy to assist you in creating an early warning system project of any complexity.