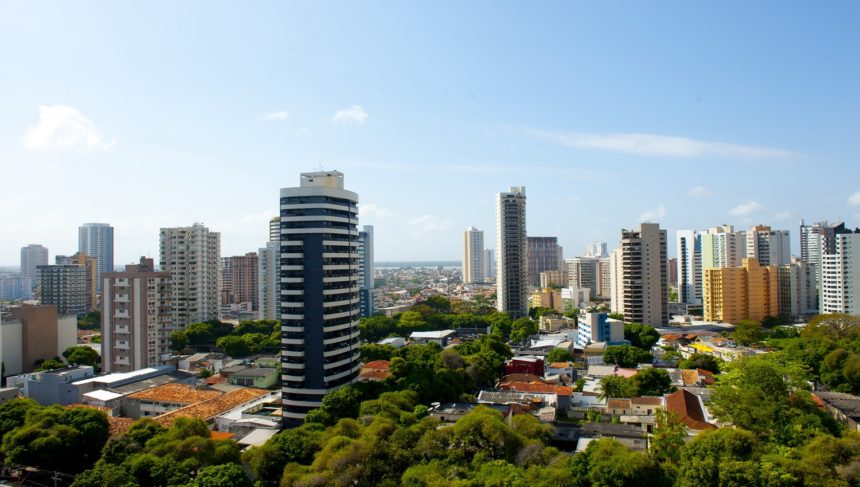 In the first part of this article, we travelled to South America, namely to the Southeast region of Brazil to discover the area where Telegrafia shipped the highest number of electronic sirens in 2020. We mentioned that due to the vastness and diversity of the country’s landscape, Brazil is rich in metallic and non-metallic minerals, which is the main reason for many mines in this area. Therefore, it is mining companies that buy warning systems to protect their workers and local inhabitants.

We learned about the culture and attractions of the Minas Gerais region, the second most populous and fourth-largest state in the Federative Republic of Brazil. After reading the article, you indeed agreed that it is a fascinating region and destination worth visiting.

Let us start then with the conclusion of the first part: Working from Central Europe can bring you knowledge of the whole world. Just stay a little interested. Since Telegrafia has sold its sirens to more than 80 countries, there is still a lot to explore on the journey to their locations.

We will stay in Brazil, and another area after Minas Gerais to introduce to you in more detail is Pará. Yes, significant numbers of our sirens have travelled to this area for the same reason: the mining industry. However, in this part of the article, we have moved to northern Brazil. Pará is a state traversed by the longest world’s river (or a cluster of rivers or river system), the River Amazon. The capital and largest city is Belém (founded in 1616), situated at the mouth of the river. Pará is the most populous region of northern Brazil and the second largest state in the whole country. It produces natural rubber, cassava, acai, cocoa, black pepper, coconut, bananas, tropical hardwoods such as mahogany and finally, minerals such as iron ore or bauxite. The new commodity crop is soy, grown in the Santarém region. The most famous icons of the area certainly include the Amazon rainforest and the world’s largest river. According to its location, Pará is named after the river with the same name, a tributary of the Amazon. Its name means the sea.

There is more than enough to attract your attention: the region’s rich culture, history, diverse fauna and flora, and infinite beauties to see. There is Marajó Island, the largest river island, and more than 600 thousand hectares of the Tapajós National Forest. One article is not enough to describe the possibilities and attractions of the whole region. Therefore, let us choose the capital of Belém and have a closer look at the heart of Pará, known by every Brazilian but not frequently visited by travellers.

Belém: The heart of Pará

Although often overlooked by tourists, favouring the more popular natural Amazonian wonders on offer inland, Belém is one of the most cultural Brazilian cities that are definitely worth a visit. From the arrival of the Portuguese in the 16th and 17th centuries through the boom in rubber production in the 19th and 20th centuries, this capital has been telling the story of Brazil’s history. When you visit it today, you can see a perfect blend of activities, markets, gastro-tourism, museums, and gardens. Let us put it in a nutshell and summarise what you should not miss on your journey.

The Ver-o-Peso market is clearly one of the most iconic locations in Belém. It is located near the Presépió Fortress and is a must-visit. Ask any of the locals, and everyone will recommend it for a simple reason: this market with its mixture of colours, fragrances and objects is a place that preserves the very soul of the Amazon region.

The market is divided into segments that separate their offers. There is an area devoted explicitly to fruits and vegetables, another to dried fish and shrimp, a segment with food and juices (exotic acai juice, for example), and an area where indigenous handicrafts from the interior of the state and the island of Marajó are sold. You can even come across a place to buy natural remedies and “magic potions”. Indeed you will not have to ask the sellers to explain the benefits of offered oils and herbs – do not wonder when they provide you with some oil to treat the devil’s eye or “shoe oil”, which is much praised by the vendors as an enhancer of sexual performance.

Guided tours of the Paz Theater start at the lobby, made of decorative materials imported from Europe: English cast iron in the door arches, Italian marble staircase, French chandelier, busts made of Carrara marble, French bronze sculptures, and walls and ceiling painted to display Greek art. At least that is what the official website of the theatre says. Setting the pomp aside, the most impressive is the theatre auditorium and its decorative details. Today, the hall has a capacity of more than 900 spectators. Sit back and enjoy the elements of Greek and Roman mythology depicted on the central ceiling. If you are fortunate, you can experience the orchestra rehearsal and enjoy the past charm from the balcony. There is a passage to Docas Station through the reception hall.

Docas Station is a peculiar place. The city’s former river port, perfectly suited to the growing rubber industry, has now been transformed into an oasis of peace and leisure. This process of changing once industrialised harbours into urban cultural centres is nothing new in European cities either. The station is located on the shores of Guajará Bay. It covers three old warehouses combined into a single complex. Each of them is differently oriented: the first is a clothing and regional handicraft store, the second dedicated to gastronomy (the most popular), and the third is used for trade fairs and exhibitions. Suppose you are tired of all the beauties of the capital, stop right here and enjoy the sun setting over the horizon, reflecting on the river in front of you with a cold beer in hand. Or how about Amazonian Brazilian ice cream or Brazilian nuts with cupuaçu that tastes like mixed chocolate and coconut?

The French colonisers used the term “Happy Portugal “when referring to the initial centre of the settlement of Belém. The centre was an architectural complex around D. Frei Caetano Square, including the Presépio Fortress, also known as the Castelo Fortress. It is definitely one of the prominent landmarks of the city’s foundation. Behind the fortress gate, there is an inner courtyard with original cannons. The walls offer wonderful views as far as the Guamá River, the site of the Acai trade fairs and the Ver-o-Peso market. However, the total surprise is hidden in one of the fortress rooms— the Castelo de São Jorge’s Museum, hosting a permanent exhibition of local history and the colonisation of the Brazilian Amazonia. The exhibits feature unique pottery pieces made by the Tapajos Indians and the Marajó island inhabitants before the Portuguese arrival.

Although this island is not located directly in Belém, its visit is a valuable experience. Marajó is a haven of peace, symbiosis, and rest where tourists must indulge after a few days of the hustle and bustle in the city. You can learn more about Maraojara pottery on the island, enjoy the beautiful beaches, stroll around the old estates, or taste a delicious Marajoara fillet of buffalo meat with a slice of buffalo milk cheese. It is not a luxurious place; it will appeal more to those who appreciate simplicity—ideal for ending your trip.

A small but big bonus in a sense can be visiting Belém in October when Pará celebrates its largest religious festival in Brazil known as the Círio de Nazaré, which locals describe as the biggest party you have never heard of before. It is a large procession starting from the city centre and ending at the impressive Basilica of Our Lady of Nazareth of Exile. The procession carries a statue of the Lady of Nazareth, which was found near the church in the 17th century and said to have done miracles.

All that has been mentioned above is only a fragment of what Pará, Brazil, South America, and the whole world offer to a curious traveller. Next time we will leave Brazil and move to … where? Let yourself be surprised.