Can Animals Feel an Impending Earthquake? 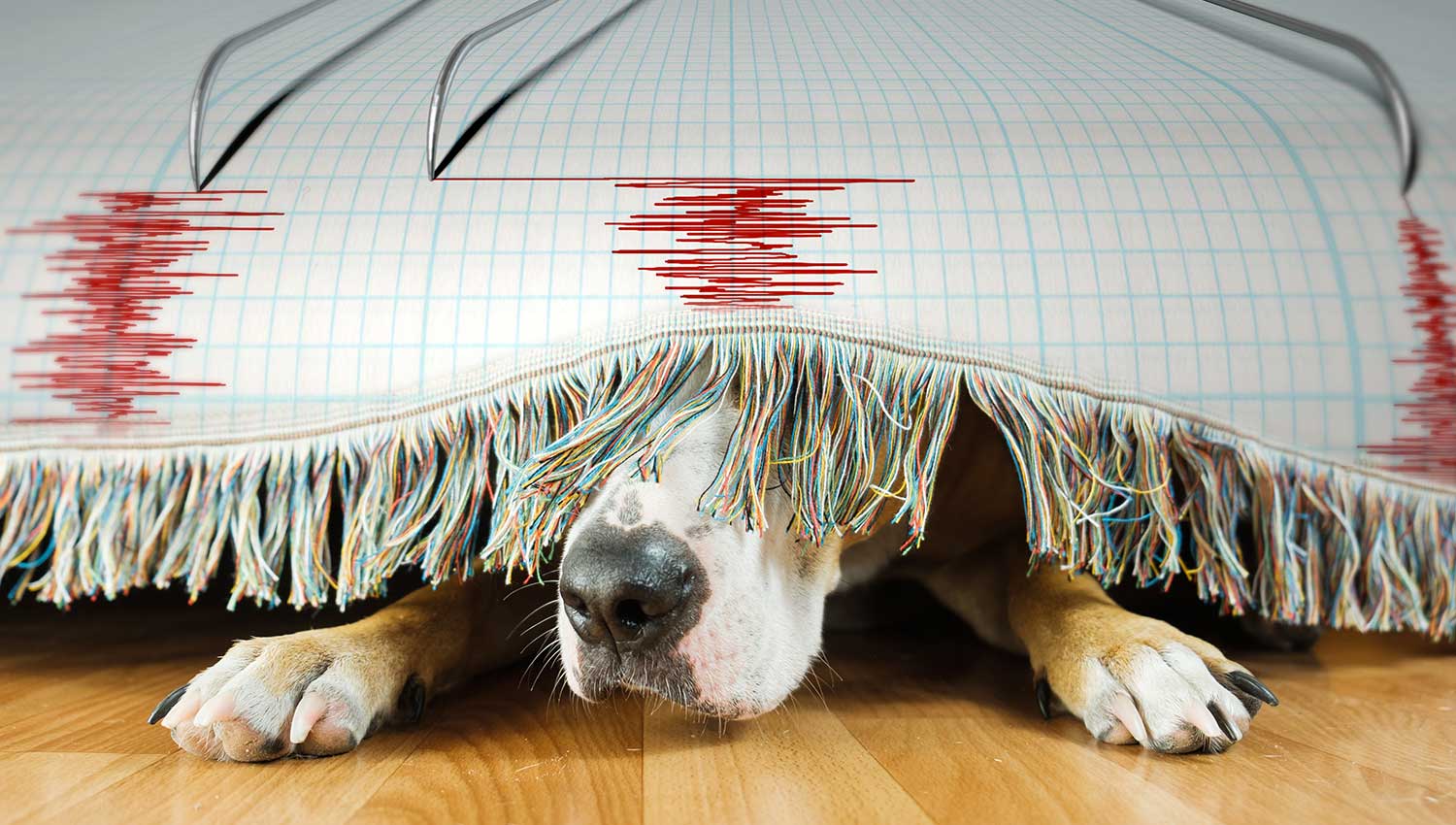 Can Animals Feel an Impending Earthquake?

What causes earthquakes? We have many superstitions about animals – can they help to predict disasters? What does modern technology allow today?
Read some interesting facts from the animal kingdom and the early warning world in this article.

Almost every country has experienced an earthquake so far, and nearly every country will experience it in the years to come. Since the ancient Chinese began to save records thousands of years ago, more than 13 million earthquakes have occurred worldwide by some estimates.

Throughout time, different cultures have developed myths to explain these dangerous seismic activities. According to one Indian legend, six big elephants hold up the Earth on their heads. Whenever one of them moves its head – the Earth trembles. The Japanese believed that a playful giant catfish lives in the mud under the earth. Whenever it feels like playing, it waves its tail around the mud – and the result is an earthquake.

There might be something about it because it has been proven that animals can feel even a slight tremor. They can detect changes in the electric or magnetic field and accumulating tensions. Catfish moving violently, chickens stopping laying eggs and bees leaving their hives in a panic have been reported.

According to National Geographic, seismologists have no way of knowing exactly when or where the next earthquake will hit. An estimated 500,000 detectable quakes occur in the world each year. Of those, 100,000 can be felt by humans, and 100 can cause real damage. Nowadays, there are several seismic sensors that can predict the Earth movement seconds or minutes before it happens.

An earthquake is composed of various types of seismic waves. The so-called P-primary waves, imperceptible by humans, travelling 1.7 times faster than the more destructive S-secondary waves. Seismic sensors are usually based on the detection of these waves, and at that moment, they can indicate a seismic activity and activate a warning system. Sirens present the only reliable possibility of providing an instant message of the danger to the population in the area in question.

Seismic sensors automatically activate electronic sirens (without the necessity of manned control) and transmit a pre-recorded warning message kilometres away. This is how the message can reach as many people as possible, thereby saving precious time and making emergency operations more effective.

Although animals can feel danger, humans depend on technology. Read about what a seismic alert system should contain: Seismic Alerts – Which 3 Attributes Must They Have?